Kylla Lanier is the deputy director and co-founder of Truckers Against Trafficking. She speaks around the country about TAT’s mission and how the trucking industry is combating human trafficking. Kylla also handles social media for TAT, including managing the Facebook, Twitter, Pinterest, Instagram and YouTube accounts. She’s been involved in the fight against human trafficking since 2007 when she helped initiate the state coalition against trafficking in Oklahoma. 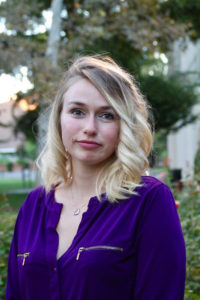 Annika Huff is a survivor of sex trafficking. Annika testified against her trafficker, ending with him being sentenced to life in prison without the possibility of parole. She speaks and trains publicly to educate the community on the issue of human trafficking across the country. She has testified for statewide human trafficking bills. Annika has partnered with many organizations to create educational matters including; video trainings, booklets, podcasts, public awareness materials, and in-depth in-person trainings. Ms. Huff was one of the original twelve survivors of the welfare department CSEC action team and CSEC advisory board for the state of California from 2016- 2018, creating policies to support youth who have been exploited in California, as well as, serving on Nevada first survivor advisory board in 2018.  Annika was a contractor with The Blue Campaign for Homeland Security. Ms. Huff is a field trainer for Truckers Against Trafficking, educating state law enforcement agencies across the country on human trafficking. Annika has contracted with Dignity Health since 2016 telling her medical specific trafficking story as well as human trafficking 101 more than 100 times. She’s also a trainer with Runaway Girl INC. bringing communities and service providers together to better protect and serve their youth. 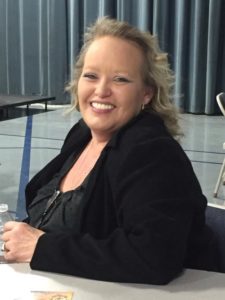 Beth Jacobs, a survivor of child sex trafficking, has a bachelor’s degree in social work and is the founder of an NGO called Willow Way, which helps sexually exploited people find their way from victim to survivor to leader. In the past two decades, Beth’s work has included spearheading the Offenders’ Prostitution Program in St. Paul, Minnesota, field work with social work students at two universities, group facilitation and curriculum creation for victims. Beth, serves as a consultant to ATEST, a collaborative of the 14 largest anti-trafficking agencies in the nation. She has participated on a panel of experts at the New Hampshire School of Law and conducts workshops and educational presentations throughout the country, speaking as a subject matter expert.