I’d like to thank you, first of all, for the opportunity to be here today to accept the Suzanne McDaniel Memorial Award for Public Awareness on behalf of Truckers Against Trafficking. It is an honor. Senator Poe, thank you for nominating us.

I’m an 18-year veteran over-the-road truck driver and an owner operator who works for Lodestar Trucking in Minnesota. My dad was a truck driver as well, and I wish he were here today to hear me tell you that I’m proud of the legacy he passed on to me. I’m proud to be a member of the trucking industry. I believe there are representatives here today from the American Trucking Associations, the Truckload Carriers Association, the Owner Operators Independent Drivers Association and the National Association of Truck Stop Operators. Thank you for coming. Your support of TAT is part of the reason it continues to grow and impact our industry.

Trucking moves America forward. A healthy and strong trucking industry is critical to a healthy American economy. We are not only key players in safely moving American products and goods from one location to another in a timely manner, but we have a heritage of helping Americans on the highways in other ways, from pulling them from wrecks and burning automobiles to calling front-line responders in emergency situations and staying with them until help arrives.

I began working with TAT in December 2012. TAT exists to educate, equip, empower and mobilize the members of the trucking industry to fight human trafficking as part of their everyday jobs.

Many of you may have read in January about a Con-way truck driver, Kevin Kimmel, whose alert response and call to law enforcement, while resting at a travel plaza in Virginia, resulted in the recovery of an Iowa woman who had been kidnapped two weeks earlier, brutally tortured and then prostituted. His call also made possible the arrest of the couple responsible for these acts. This example of the difference we can make in the fight of human trafficking is just one of many. As a result, Nicole Moler, director of the National Human Trafficking Resource Center, says calls from truckers have resulted in countless recoveries of victims and countless arrests.

In the past three years with TAT, I’ve had the opportunity to help a service learning class at a Minnesota high school learn about human trafficking and think about things they could do to help end it. I’ve spoken at other Minnesota public schools, at William Woods University, and I’ve participated on a men’s panel at Columbia University in New York City. I drive the Freedom Drivers Project, TAT’s mobile exhibit, to many of the locations where it will be used as part of coalition builds between law enforcement and trucking or to trucking shows and conferences as well as other events, where it will be used to help people understand more about domestic sex trafficking and what the trucking industry is doing to fight it. I have also worked a number of the trucking shows with TAT and love getting our TAT information and materials out to the general public as well as to my fellow trucking members.

If I can reach one person … save one life … it was worth every minute of my time  and every mile on the road. Truckers Against Trafficking is the perfect way for me to bring together two of my favorite things: driving truck and helping people. 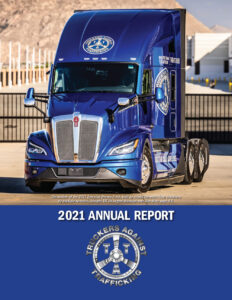 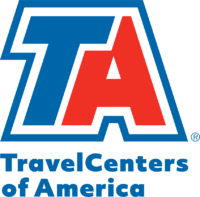